Where’s My Paycheck?; Private Sector Pay During the Government Shutdown 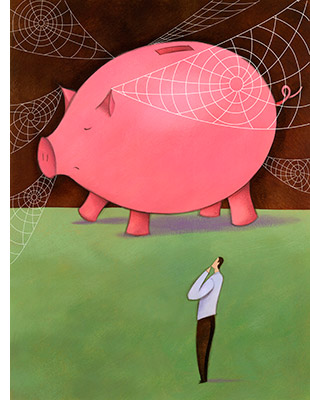 Posted at 11:23h in Blog by tdorsey 0 Comments
0 Likes
Share

As of October 1, 2013, the United States federal government entered a partial shutdown, ceasing all nonessential activities as a consequence of Congress’s failure to pass a budget to fund the government. The most immediate and easily-foreseeable consequence of the shutdown has been the furloughing of hundreds of thousands of federal government employees, the vast majority of whom are legally prohibited from engaging in any work for the government during the shutdown. The effects of the shutdown, however, reverberate throughout the United States’ economy. This is in no small part a direct consequence of the fact that hundreds of thousands of private-sector employees—and their employers—rely upon a functioning federal government. From consultants to contractors, much of the private sector—especially in the past decade or so—has become so intertwined with the public sector that the shutdown of the public sector can cause a “shutdown” of sorts in the private sector.

The import of this relationship on employers and employees in the private sector is perhaps no more evident than when payday arrives and private sector Employee (in the State of Maryland) is advised that Employer (also in the State of Maryland) will be unable to pay her wages due to the federal government shutdown. One reason this may occur is that Employer relies on payments by the federal government to pay its employees. Employee understandably wants to know if Employer is legally permitted to refrain from paying Employee in such dire circumstances. As is common in the legal world, the answer is not necessarily straightforward, and resolution of the foregoing inquiry depends upon a number of factors.

In 1991, the Maryland General Assembly enacted the Wage Payment and Collection Law (the “WPCL”). Md. Code Ann., Lab. & Empl., § 3‑501 et seq. The WPCL requires an employer to pay its employees for work actually performed during the time that an employee remains employed by the employer, unless payment of the wages are dependent upon conditions other than the employee’s efforts. In other words, if payment to Employee (above) is expressly contingent upon Employer’s receipt of funds from the federal government, those wages may not fall under the WPCL’s mandate. If, however, there is no such contingency, Employer must pay Employee her wages.

What happens if Employer agrees to pay Employee some wages, but not the full amount to which she would otherwise be entitled? Answering this question requires reference to federal and State minimum wage laws. If Employer is governed by the federal Fair Labor Standards Act, Employer generally cannot pay Employee reduced wages such that Employee would not be receiving minimum wage. Maryland also has a minimum wage law that imposes similar restrictions.
If you work in the private sector and have been informed that your employer will not be paying you for work you have already performed, please fill out and send the Contact Form on our Contact Uspage. You can also connect with Kelly | Dorsey through Facebook, Twitter, Linkedin, and Google+. Attorney Darren H. Weiss can be reached via email at dweiss@kellydorseylaw.com or telephone at (410) 740-8750.