Just When You’ve Done All You Think You Should Do: Evidentiary Burdens in Establishing Insurability 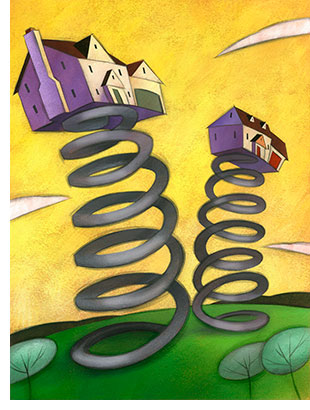 01 Oct Just When You’ve Done All You Think You Should Do: Evidentiary Burdens in Establishing Insurability

Posted at 11:26h in Blog by tdorsey 0 Comments
0 Likes
Share

Are you embroiled in a dispute with your insurer over the extent, existence, and limits of your insurance policy? Have you ever trusted your insurance needs to a broker and later discovered that you never received a policy or that the coverage described to you is different than the coverage you received? If you would answer any of these questions in the affirmative, a recent decision by the United States District Court for the District of Maryland, Boiardi v. Freestate, et al., Case No. 1:11-cv-01676-ELH, may shed some light on your ability to obtain relief from your insurance broker.

In Boiardi, Homeowner purchased a home in Maryland (the “Home”). Although the Home was assigned a fire-risk rating of “Protection Class 10,” which is the worst rating a home can receive based upon proximity and access to fire protection services, at the time of purchase Homeowner was able to secure a policy of insurance (the “Initial Policy”) through Broker. As a consequence of non-payment of premiums, the Initial Policy was cancelled. When Mortgagor’s demands that Homeowner secure insurance for the Home went unanswered, Mortgagor secured a lender-placed policy for the Home (the “Lender-Placed Policy”) which demanded significantly higher premiums to be paid into escrow. Mortgagor sent Homeowner a notice explaining the Lender-Placed policy and that said policy did not provide coverage for, inter alia, “loss or damage to personal property.” When Homeowner, a citizen of the United Kingdom who spent a significant period of time overseas, thereafter learned of the lapsed Initial Policy and the imposition of the Lender-Placed Policy, she contacted Broker. Homeowner asked Broker to secure another policy in lieu of the Lender-Placed Policy. According to Homeowner, Broker asked Homeowner to forward him the notices Mortgagor had sent concerning the Lender-Placed Policy and advised that he would “take care of it.”

Although Broker and his colleagues thereafter attempted to secure a new policy (which presumably would include personal property coverage), the efforts were unsuccessful: one potential insurer refused to issue a policy, and another had not made a decision with knowledge that the Initial Policy had lapsed for nonpayment. As such, no new policy was in place on February 6, 2009, when the Home suffered severe damage as a result of fire. Homeowner’s loss included a significant amount of damage to personal property. Mortgagor remitted to Homeowner payment for structural damage to the Home, but did not compensate Homeowner for loss to personal property because the Lender-Placed Policy—the only policy in place at the time of the fire—did not include coverage for the same. Following the fire, Homeowner alleges that she suffered from severe depression, and even attempted to take her own life. Thereafter, she filed suit against Broker and the agency for which he worked (“Agency”) raising claims of negligence, breach of fiduciary duty, negligent misrepresentation, intentional misrepresentation, and fraud. Broker and Agency moved for summary judgment on all such claims.

After reiterating that Maryland law does not recognize an independent tort for breach of fiduciary duty and granting judgment in favor of Broker and Agency on that claim, the United States District Court for the District of Maryland proceeded to analyze the quantum of proof required to survive summary judgment on negligence and fraud claims and the apposite evidentiary burdens therefor. The court’s discussion centered on Broker’s and Agency’s argument that Homeowner’s damages were not proximately caused by Broker’s and Agency’s failure to secure a new insurance policy for the Home because Homeowner had not established that the Home was insurable. Because the Home was such a high risk for fire damage, argued Broker and Agency, the Home may not have been insurable against fire in the first instance, and as such Broker and Agency would have been unable to secure a policy for the Home. This averment was aimed squarely at Homeowner’s evidentiary burden: Broker and Agency contended that it was Homeowner’s burden to show that an insurance policy was obtainable in order for her to avoid entry of summary judgment.

Affirming what now appears to be a well-established line of legal precedent, the United States District Court for the District of Maryland rejected Broker’s and Agency’s argument. Rather, the court reiterated that “[t]he burden of proving the nonavailability of insurance coverage is on the insurer or the broker, because it is an affirmative defense that is within the peculiar knowledge of those familiar with the market.” (quoting United States Capitol Ins. Co. v. Kapiloff, 155 F.3d 488, 499 (4th Cir. 1998)) (emphasis added). The court explained that, in order for an insurer or broker to satisfy his burden to prove the “nonavailability of insurance coverage,” he must do more than merely show that one particular insurer would not supply insurance. The court held that if a reasonable factfinder could conclude that insurance is available—even if a plaintiff has presented no evidence on insurability—summary judgment would be inappropriate. As such, the court denied summary judgment on Homeowner’s claim of negligence, though granted judgment in favor of Broker and Agency on the remaining counts.

The court’s holding illustrates the importance of a defendant’s understanding and appreciation of the evidentiary burden required to successfully defend a suit. Understanding that it was Broker’s and Agency’s burden to establish that no insurance company would have insured the Home, Broker and Agency may have been able to obtain judgment in their favor. Of course, the Court may still have concluded that a genuine dispute of material fact existed given Mortgagor’s ability to secure the Lender-Placed Policy. What the Boiardi case does illuminate, however, is the significance of having adequate protections in place to make sure that you and/or your business are covered in case of catastrophic loss and that, if your coverage is less than ideal due to an insurance broker’s acts or omissions, that broker may be held responsible for his errors and omissions. If you have found yourself in a situation analogous to that presented in Boiardi, or have any questions or concerns related to potential claims you may have arising out of your attempts to obtain insurance coverage, please do not hesitate to contact the seasoned attorneys at Kelly | Dorsey.

If you would like to learn more about Kelly|Dorsey’s business, litigation, and alternative dispute resolution practice groups, please fill out and send the Contact Form on our Contact Us page. You can also connect with Kelly|Dorsey through Facebook, Twitter, and Linkedin. Attorney Darren H. Weiss can be reached via email at dweiss@kellydorseylaw.com or telephone at (410) 740-8750.